CBA® can be configured to record cockpit control events or play back a previously recorded event stream. All control inputs to the simulation are recorded, including stick force, throttle and pedal position, HOTAS switch actions and cockpit button pushes. The recorded data is stored in plain text XML format on the simulation host computer.

Playing back a recorded event stream injects the control inputs into the simulation at the same time relative to simulation start. Given the same inputs, the flight and avionics models will behave identically as the initial simulation run. This capability allows a CBA user to record a flight profile and reliably repeat it as many times as needed while varying some aspect of the software or hardware under test. 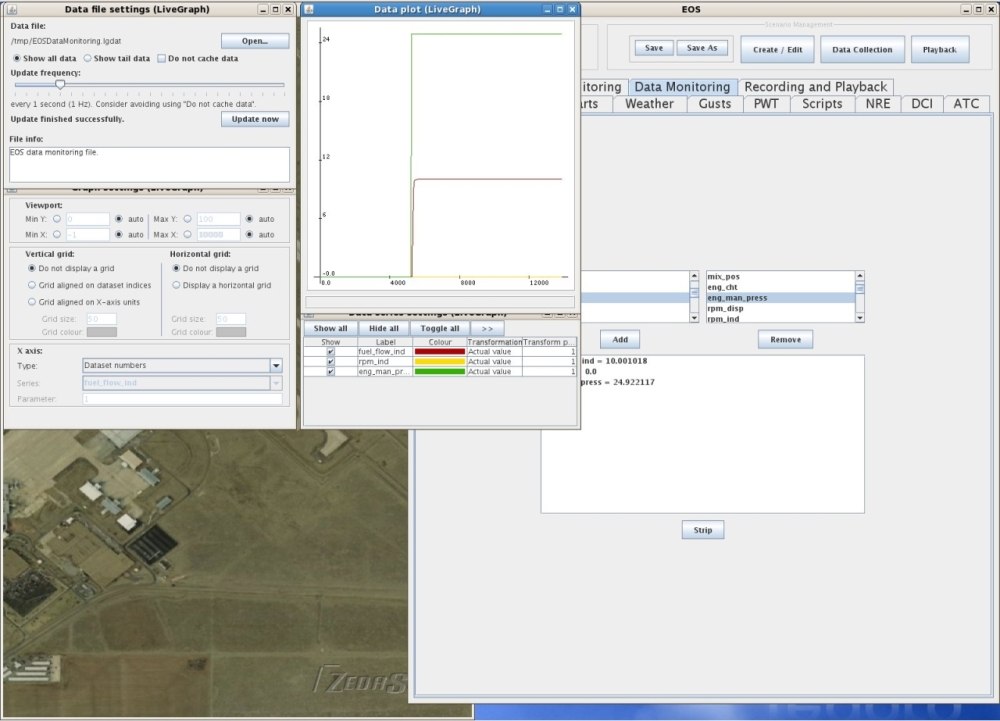